Tips For Taking Care After Abortion

The process of abortion is a very traumatic experience for every woman. Abortion can have a physical as well as mental scar on the patient. The loss of a baby, along with the after effects of the surgical procedure can be very harrowing for a woman. 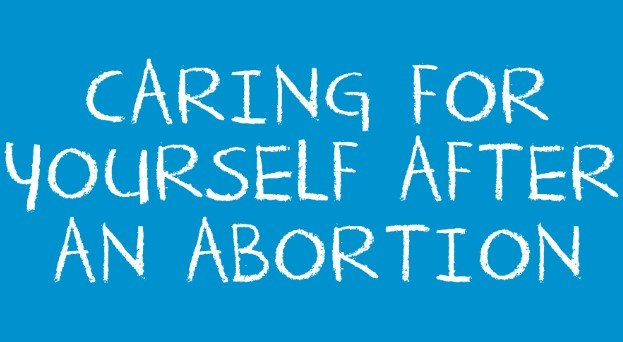 She needs comfort and abundant support from her friends as well as near and dear ones in order to overcome the pain and the mental trauma. After an abortion, it is very important for the woman to follow the strict instructions given by the health care provider. A course of antibiotics would have to be taken in order toremain healthy and safe for future pregnancies.

After the procedure of abortion, the patient could have pain in the lower abdomen and tenderness in the breasts.  She could also be weak after the procedure. Taking multivitamins and iron supplementsfor the loss of blood is generally recommended after an abortion. This will help the patient gain the lost energy and vigour back.

It is very important for the abortion victim to keep the appointments with the doctor.  Keeping a check on theblood pressure and sugar of the patient is recommended during this period of time. There could be chances of infections in the fallopian tubes, uterine wall and the vagina after the procedure of abortion.

Simple Remedies for Discomfort After Abortion

After abortion, the patient would feel pain in the lower back, lower abdomen and would have localised pain along with bleeding. The pain could be like a menstrual cramp. For reducing the pain, the patient can use hot water bags in the areas.

A heating pad is also another alternative in order torelieve pain. Severe pain and abnormal bleeding could be a danger sign and must be immediately reported to the health care provider. The tenderness, soreness and discomfort could last for a few days after which it starts subsiding slowly.

After abortion, the patient would feel tenderness in the breast which can be accompanied by a white discharge if the pregnancy was advanced into more than nine weeks. It is important to use innerwear that is snug fitting in order to prevent any infectionsand formations of abscess. For the discharge, a cotton pad can be left inside the bra which can be replaced as and when required. You may also apply raw cabbage leaves in order to suppress the pain and engorgement. Cabbage leaves help to dry the milk up which is necessary after an abortion.

The mental and physical strain thatyou feel after an abortion is very deep. This is due to the sudden changes that take place in the body that is triggered by the pregnancy and subsequent abortion. The patient must ensure that a diet rich in green leafy vegetables and fruits are included for recovering the lost energy from the body.Drinking plenty of water too is an essential practice after abortion. This will flush out all the toxins from the medicines injected for an abortion and the antibiotics that were recommended for recuperation.

The patient must not lift anything for two to three weeks. Use of tampons too is not recommended after an abortion.Exercise and activities like swimming may cause damage and complications after an abortion and hence must be avoided. Keeping off them for two weeks is essential in order to prevent further complications.

Sex and Birth Control After Abortion

Vaginal douching and sex must be avoided at least for three weeks after abortion.  A woman can get pregnant as early as two weeks after an abortion as ovulation can start immediately after she starts recuperating. You can talk to your gynaecologist for possible birth control plans until you are healthy enough for another pregnancy.

Talking to your partner about future pregnancies and avoiding sex till you are free from the after effects is essential to prepare your body for a healthy pregnancy. One must avoid getting pregnant at least for six months after an abortion.

Symptoms That Need To Be Taken Seriously

There are certain symptoms after abortion that you cannot take lightly. While normal cramping and bleeding will be present, an excess of bleeding and pain along with thick and heavy clots even after three weeks cannot be ignored. If there is presence of fresh blood you must not delay a visit to the doctor.

Vaginal discharge with a foul smell and discharge of tissues, presence of blood in the urine and bowels, swelling and tenderness of the abdomen and symptoms like nausea, and dizziness mean that there is some complication after the abortion.

Postabortal syndrome or postabortal hematometra is a condition after abortion when women experience severe cramping and distress due to the collection of blood inside the uterus. This happens when the cervix gets blocked as a result of the tissue and clots that get accumulated at the opening of the cervix. The blocking results in the uterus getting accumulated with clots. Uterus fails to contract and continues to bleed.

Postabortal symptoms present itself with severe cramping, nausea, dizzinessand committing. Further   evaluation will reveal an enlarged and tense uterus due to the accumulation of blood. Postabortal syndrome sets in immediately after the abortion or a few days after that. If it is immediately after theabortion,there would be less or no bleeding followed by cramping. Delayed onset will have the patient feeling well until the cramping sets in at a later stage.

Postabortal syndrome is an emergency situation and must be taken seriously. Treatment includes re evacuation of the uterus and removing the block and blood that is caught inside the cervix. The patient is immediately relieved of the symptoms and recovers soon after that.

Abortion will cause symptoms just like pregnancy and delivery. Since your pregnancy hormones would still be present in the body, you will have a lot of emotional and trauma, leading you to have mood swings and general weakness and loss of appetite. Care from near and dear ones is extremely important during this time for you to recover from the phase unscathed.

Related Posts of "Tips For Taking Care After Abortion"